With famous games like Lucky Larry’s Lobstermania 2, the Transformers Battle for Cybertron slot machine, the TV game show themed slot Jepardy!, Wheel of Fortune: Triple Extreme Spin and Stinkin’ Rich, IGT has made quite a splash that echoed around the slots loving world and continues to release a wide-range of exceptional, state-of-the-art slots games that continue to thrill online slots lovers everywhere. Read More 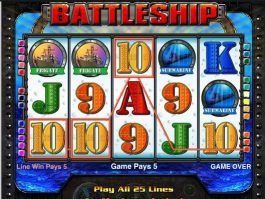 First launched in Las Vegas in 1975, International Game Technology (IGT) has come to be the equivalent of a household name among free online slots enthusiasts the world over.

Originally focused on the land-based casino market, and called A-1, after its launch in 1975 by Willian “Si” Redd, the company changed its name to Sircoma in 1978 and then to International Game technology in 1981. That same year the company was taken public on the NASDAQ.

In order to grow in a rapidly evolving gaming market, IGT embarked on a series of acquisitions, including picking up Electronic Data Technologies in 1984, that would allow it to offer innovative new slots related products to land-based casinos.

One of the first of the company’s major innovations was the S-Slot, a microprocessor driven spinning reel slot, as well as the soon to become immensely popular Players Edge video poker machine and the Nevada Megabucks slot machine, the first wide area progressive jackpot slot to be launched on the casino floor. Nevada Megabucks started with a $1 million base jackpot that, as the progressive jackpot grew, could allow for multi-million-dollar payouts, thrilling area slots lovers.

After it’s early successes in Las Vegas, the Nevada based IGT began to expand around the world, opening up offices in Europe, Argentina, and South Africa.

In 1996, after the success of the Wheel of Fortune progressive slot and the introduction of the Game King video product which allowed for multi-denomination play, meaning players could always use their own local currency to play the latest IGT games, which boosted the company’s bottom line significantly, IGT went on another buying spree, picking up UK based Barcrest Gaming and US Indian casino gaming distributor Sodak Gaming.

With its success growing by leaps and bounds, in 2001 the company even made the Standard & Poor’s 500 list and the shopping spree continued with IGT picking up Anchor Gaming, Silicon Gaming, Acres Gaming and finally WagerWorks to tap into the online gaming market along the way.

By 2005, on the 25th anniversary of being a publicly traded company, IGT released Fort Knox, its first multi-level MegaJackpots slot machine as well as opening new offices in the burgeoning casino markets of Macau, Mexico and Russia.

2006 saw the introduction of a new edition of the firm’s flagship slot, Wheel of Fortune Special Edition, which became an instant progressive jackpot slots hit around the world. That same year the company unveiled its first M-P series games, multiplayer roulette and baccarat games to pave the way for a new, soon to be industry wide, trend in multiplayer video real money casino games.

Not long after the company was opening a 6,500 square foot research and testing centre in Reno and offices in China.

Sex in the City success

Continuing to capitalize on its success with popular theme-based slots like Wheel of Fortune and the Elvis free online slot, the company rolled out its Sex in the City slot machine online, based on the immensely popular TV serial of the same name, featuring a multi-level progressive jackpot, extended bonus rounds and entertaining state-of-the-art graphics and digital sound, including live clips from the actual TV series.

The company would then soon go on to celebrate that launch of its two millionth slot machine in November 2010, with that same year being a renewed focus on the free online slots games market with the launch of the IGT interactive division, merging WagerWorks and Million-2-1 into one unit and basing in in San Francisco, California.

Since that time IGT has continued to roll out new and ever more exciting land-based and online slots machines. With the ease of playing free IGT slots online and its mind-blowing selection of games, from its theme based favorites like the always popular Wheel of Fortune free online slot machine, and Ghostbusters online slot to the Sex and the City multi-progressive jackpot online slot as well as classics like the black and white classic movie themed Silent Movie slot to playful and fun slots like Lucky Larry’s Lobstermania and Balloonies, there’s no doubt IGT offers up something for everyone when it comes to playing free online slots for fun or real money.