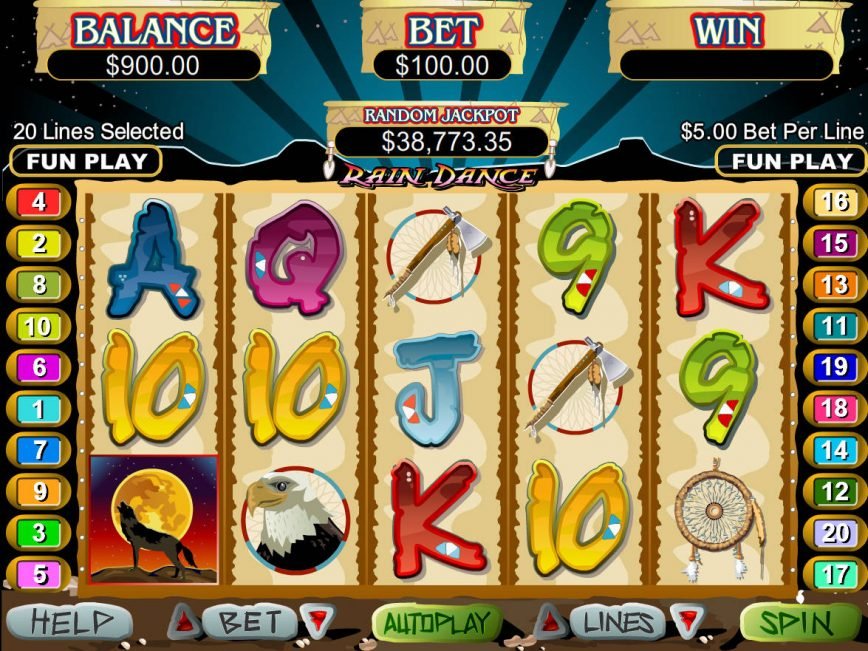 Do you want to go back to those days when the Native Americans roamed in the entire continent? This is your chance to revisit those times. RTG has brought the ticket for you to enjoy a virtual trip to the land of Native Americans and explore the opportunity to find treasure. The 5-reel and 20-payline slot features wild, scatter and a constantly increasing progressive jackpot that can make your day special.

The tent is the highest-value icon, as it pays you up to 2,500 coins on the max stake, but if you can bring a wild in the combination, your prize is multiplied by 2x. Read More

Meet the Real Inhabitant of American Continent and Win Money

Reels are filled with a number of icons highly involved with Native American culture. Among the high-valued symbols, there are a tent, an eagle, an axe and much other stuff.  The tribal chief is the wild while the Coyotes play the role of scatter. Wild comes on reel number 1 and 5, and it replaces other icons except the scatter to gives you more winning opportunities. One of more wild icons doubles the wins by participating in winning combos.

Rain Dance is a simple Native American-themed online slot game. Here, the wild can double up any of you wins by taking part in a winning combination. Randomly triggered progressive jackpot, free spins, re-spins and multiplier are some of the noticeable features that can encourage you to play the game.

The Legend of Robin and Marian