Bally Wulff’s primary area of focus today is creating and innovating in the field of both brick and mortar and online slot machine games. In their early days they were exclusively focused on casino floor slots games for traditional casinos, but as the technology advances and video slots became evermore sophisticated, Bally Wulff moved quickly to expand into the online casino slots market to expand its global reach. Read More 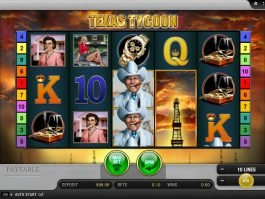 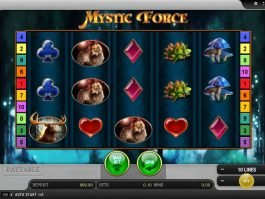 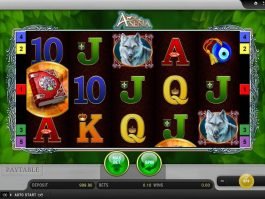 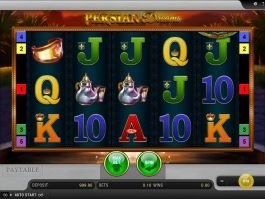 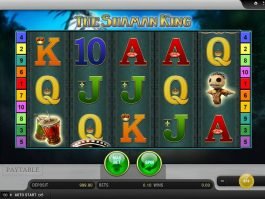 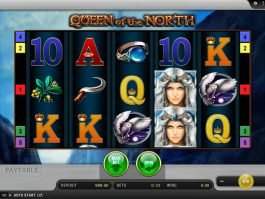 Queen of the North

Most of their games today are five-reel video slots. These feature multiple paylines, wilds, scatters and bonus rounds that allow you to variously make a cards bet to increase your slots winnings or indulge in bonus rounds that can include prize multipliers and copious free spins. Recently, the vast majority of their new released slots have been designed to play exceptionally well on the latest generation of portable gaming devices like tablets and smartphones.

Where it all Began

The words German engineering have long had a particular resonance with people who are fans of high-quality machines that work well. From lens technology for microscopes and cameras (Zeiss International, founded 170 years ago in Dresden) to automotive engineering (Porsche, founded 1931, Mercedes-Benz, founded 1910, Audi, founded 1909, BMW, founded 1916) to manufacturing and software (Siemens, founded 1847, SAP founded 1972) German firms have a stellar global reputation for reliability and excellence.

The world of gaming is no different. Bally Wulff is one of the premier brick and mortar casino and online casino games makers in the world today. Founded in 1950 by Gunter Wulff as a small manufacturer of gaming and entertainment machines for the rapidly expanding casino entertainment markets around the world, Bally Wulff quickly rose to a position of prominence, known for their superior quality and craftsmanship, in the international gaming community.

In 1972 the firm was bought out by the US pinball, slots and casino games maker Bally Manufacturing Company. The Chicago based company, founded during the Great Depression with the intent of manufacturing novelty games, in 1932 the company invented the first pinball machine called Ballyhoo. Brightly colored and offering seven games for a penny the machine was an instant hit in fun arcades across America. The colors and illustrations of the Ballyhoo baseboard helped define what we see today in the vivid colors, flashing lights and sounds of today’s pinball machines and their gambling sisters, the slot machine.
Today’s vibrant animations of online casino slots games point back to Bally’s early work in the field and it came as a surprise to no one when the company made the move to pick up Gunter Wulff’s fledgling company and the engineering expertise that came with it.

The partnership worked well for the new Bally Wulff, leading to record sales of slots machines the creation of the first laser-based games for electronic games giant SEGA and the first introduction of a progressive jackpot system, called “Magic Jackpot” in the European market.
By the mid-1980s, with Bally’s infamous console games Space Invaders and Pac Man drawing down $133.9 in yearly revenue for Bally Wulff’s parent company, Bally Wulff itself began to focus on online slots and soon became a master in the field developing some of the most iconic online slots out today, including fairytale based slots like the Book of the Ages series, epic hero slots like Mighty Dragon, Persian Dreams, Queen of the North, Roman Legion, and Fame and Honor.

In 2007, amid techtonic changes in the gambling market as major players shuffled around looking to acquire companies aligned with their strategic vision and likely to help them enter new markets, Bally Wulff picked up by Schmidt Group, one of the single largest IT hardware, software and service providers in Germany. The company was aiming to move into both the Italian and Spanish gambling markets, and acquiring Bally Wulff was the ideal way to do so. The company soon went on to launch its premium LUX generation of console and terminal games. The games first went on display at the ICE London trade fair in 2018 together with over 50 of the company’s existing slots games. More games are slated for launch later in the year as the company makes further inroads into the Spanish, Italian and global online markets.

However, the main focus of Bally Wulff is their slot games and online casinos. The land-based casinos got global recognition for their unique gameplay and features. Games like Explodiac, Crystal Ball, Fort Brave, Magic Book, King of the Jungle, Queen of the North, Magic Stone, the Land of Heroes, A Book of Romeo and Juliet, 40 Thieves, Lucky Irish, Mystic Force and Night Wolves have earned popularity across the globe.

Bally Wulff has developed a vast range of gaming portals to meet the needs of slots lovers around the world. Moreover, the organization is proud to be among the top manufacturers of gaming machines for land-based catering establishments and gaming halls in Europe, the UK, US and around the world. Today, the company has also adapted its games to the new regulatory environment in Germany. Their ability to adapt their games to the new German legislation on slot machines, referred to as TR 5, makes Bally Wulff a pioneer in next-generation gaming systems.

Just like so many of their competitors, Bally Wulff is trying hard to expand their market by offering various lucrative rewards and bonuses. Usually, the gamers stand a chance for multiple winning opportunities, which is no less than the rewards or bonuses. Moreover, Bally Wulff slot games are easy to play and rich on rewards.
Today Bally Wulff Games & Entertainment GmbH is the proud purveyor of a long tradition of making slot machines and other electronic gaming machines. With a delightfully wide range of quality products, the company’s creations include everything from physical pinball machines to virtual pinball consoles, touch screen gaming machines, hardware, software and cabinets including innovative light and sound systems to enhance players fun and enjoyment. The company is still based in Berlin, Germany to this day.