Bally is one of those few companies that have survived in the present competitive gambling industry since the early days. As one of the earliest movers in the slots world back in 1968, Bally, today Bally Technologies owned by Scientific Games Corporation, has an unending reputation for producing some of the most compelling slots on the market today. Quick Hit Platinum or Hot Shots are traditionally one of the most popular slots among Slotu players. Read More 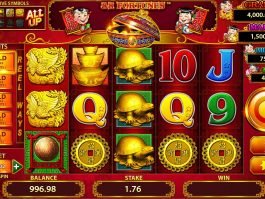 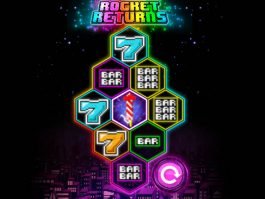 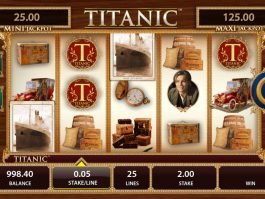 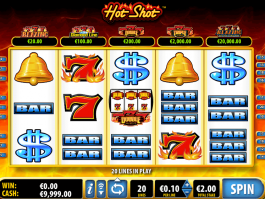 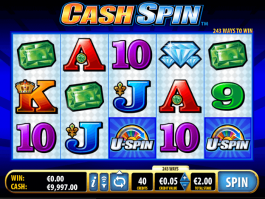 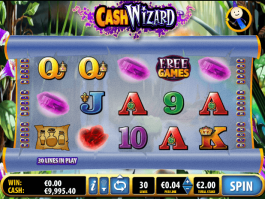 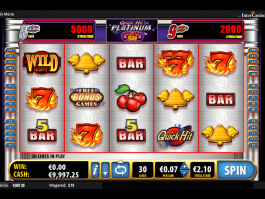 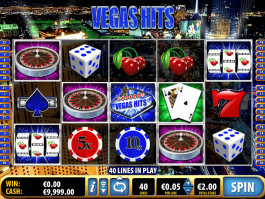 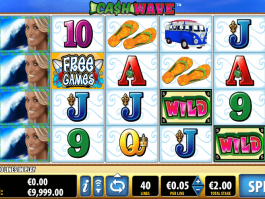 When it comes to free online slots games, Bally games such as the hysterical Anchorman slot, based on the film starring Will Ferrell as a 1970s broadcast news anchorman, to slots like the mystical Celestial King slot, the mysterious Shadow Diamond or the quirky Big Vegas slot, Bally has long offered up a fantastic selection of free online slots that you can play today for fun or real money.

Some gaming software makers have expertise in making slots alongside other gaming-based technologies and after a seemingly never-ending series of mergers and acquisitions, Bally fits that bill perfectly.

The infamous Bally Technologies started their journey in the year of 1968 under another name, which was Advanced Patent Technology. Founded by Alvin Snapper and Jack Solomon, entrepreneurs who collected patents across a range of fields from optics to medicine and electronics, the company was taken public after only one year and then spent the better part of the next 12 years developing the over 80 patents in their portfolio. The company was able to gain some notoriety by coming out with devices which sound today a bit wacky but were cutting-edge at the time, including: an ultrasonic endodontics device (used by dentists to clean pulp), an ultrasonic dry-cleaning machine and an ultrasonic meat tenderizer among other early hits.

Mergers and acquisitions – heading into gaming

By 1979, with the acquisition of United Coin Machine Company, Bally made its first foray into the world of gaming. After a series of minor scandals involving company management and the Securities and Exchange Commission as well as the Nevada Gaming Commission, a management shakeup and subsequent restructuring saw the company name change to Gaming and Technology Inc. in 1983 to better elucidate its focus on gaming.

Two years later the company merged with video slots maker Omega Enterprises, and after seeing a slump in sales, changed its name again to United Gaming Inc. A number of years of different casino investments and property deals followed, including the company installing some 600 video poker machines at the New Orleans Fair Grounds and two race tracks after gambling became legal in the state in 1992. By 1994 the company had changed its name yet again, to Alliance Gaming Corporation.

Taking on the competition by making slots fun

Not long after changing its name to Alliance, the company switched direction again. Sensing an opportunity in the rapidly expanding Indian and river boat casino market, Alliance realized that with so much space to fill, their well-developed marketing arm could begin competing for “shelf space” in the new casinos without having to go had to head with IGT, then the world’s leading slots manufacturer, with some 70% of the domestic US market in their pocket.

By making their machines more interactive and fun, effectively turning gambling, specifically slots gambling, into a form of entertainment, company director Steve Greathouse reasoned that they could pick up significant market share over IGT, who’s board at the time felt that gamblers did not gamble to be entertained and that the slots gaming experience was only about the sound of money.

Fortunately for Bally and the world of online slots USA today, the IGT board couldn't have been more wrong and Bally made its move.

Entering the market alone was a daunting task for Alliance so they decided to partner with Bally Gaming International who had a solid foot in the brick and mortar casino market both abroad via their Bally Wulff subsidiary in Germany and in the US and was seen as the number two games producer at the time, with some 15% market share.

The acquisition was not without its problems, with Alliance at one point even attempting a hostile takeover of Bally. Eventually, and after numerous lawsuits, a deal was cut and the acquisition completed in 1996. The company was then subdivided into different organizational units including: slots maker Bally Gaming and Bally Systems that focused on casino management and other gambling related software systems.

From there Bally began to grow rapidly. The company soon launched its first regional progressive jackpot system known as Trillions, in which instead of selling machines outright to casinos, prompted casino operators to participate in a revenue sharing plan in exchange for making the machines available to their customers. The idea was an immense success, and Bally soon launched a set of cartoon themed slots including Blondie, Popeye and Betty Boop to much acclaim.

By December 2002, Bally had gone from almost seeing itself delisted from the NASDAQ to record profits. After deciding to design its own platform after the newly introduced Evo platform from Microsoft failed to live up to expectations, Bally launched the Hot Shots Progressives series. With progressive slots taking over the industry like wildfire, Bally positioned themselves brilliantly to capitalize on the growing trend.

By 2009, over 500 casinos were running 400,000 Bally slots games daily and Alliance changed its name to Bally technologies, Inc.

After years on the market and having been through it all, Bally continues to be a market leader in the field of both land-based and online casino slots games.

In total, today, Bally offers up literally hundreds of different slots games for real money at an online casino or for free at Slotu. Their consistently solid but simple design combined with years of experience make Bally games a true winner and strong favorite among free online slots players the world over.