As the undisputed leader in slots games innovation, Microgaming slots are some of the most sought-after slots machines on the internet today. The company became famous by releasing the very first online casino slot – Cash Splash. From their incredible of mega jackpot progressive slots to movie and popular culture themed specialties like the Jurassic World slot, Terminator 2 online slot, or Playboy, Microgaming has been at the leading edge of slots innovation, excitement and fun since online slots were born. Read More 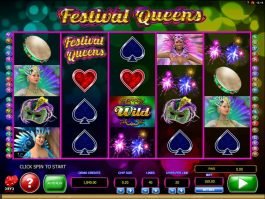 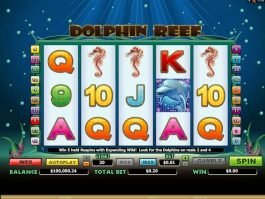 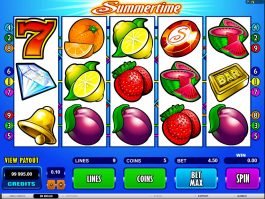 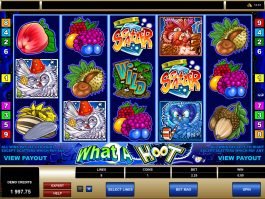 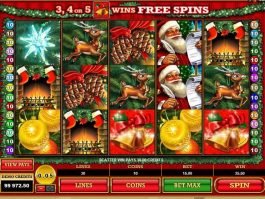 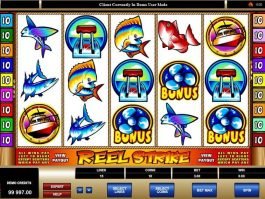 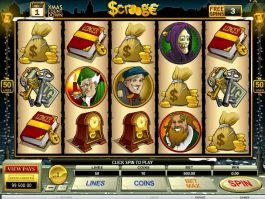 Founded in South Africa in 1994 by Martin Moshal, not a great deal is known about a company that is privately held to this say. What we do know is that Microgaming has long claimed to have been the first to launch an online casino with real money slots. In business ever since, Microgaming has gone on to become a legendary gaming software provider known as a powerhouse of innovation and quality.

The first online casino games appeared on the scene back in 1994, with a steady stream of new companies getting into the game and releasing their own versions of online slots, blackjack, roulette, video poker, craps and more. One company, however, claims to have been the real first mover – Microgaming slots.

Even as most of the world has still never even heard of something called the internet, and those who had; scientists, university professors, key business and military leaders and hard core geeks, were waiting to receive their first AOL installation floppy disks, in a world where there were no iPhones, no Google, no flat screen monitors, flash drives or the cloud, in a world in which Windows based PCs looked like an even blockier version of Mindcraft and cell phones were an expensive and bulky luxury item, Microgaming was releasing its first real money online casino game and knew they had hit on something big, really big.

With a small percentage of every coin played going to contribute to the jackpot, as more and more people played the jackpot rose to astronomical proportions, Microgaming had a true global hit on their hands. In no time a line of the world’s premier casino operators quickly formed outside their door, leading Microgaming powered machines to become a hallmark of the burgeoning industry.

As visionaries in a fledgling industry seemingly growing at the speed of light, Microgaming quickly realized that adding legitimacy to an unfamiliar online world, especially in light of gambling’s past reputation for sleaze and mafia involvement, Microgaming pooled together the largest players in the industry to form the Interactive Gaming Council (IGC).

While today this may seem like a no-brainer, as a plethora of security, anti-fraud, anti-money laundering, data protection and other measures are commonplace and we engage in internet backing, buy things off of E-Bay and Amazon or online retailers without a second thought and make payments or send money to mobile slots, back then moving money online was a completely new phenomena, open to hackers, fraudsters and other insidious actors to exploit, so creating a set of enforceable industry standards to built trust was essential.

IGC would grow rapidly to become the industry standard, policing the online gaming space to weed out the bad guys and advising state regulators such as the UK Gambling Commission, The National Gaming Board of Sweden, the Lotteries and Gaming Authority of Malta, the Isle of Man Gambling Supervision Commission and a growing list of state gambling boards on industry issues and best practices.

Determined as they were to see the industry grow and keep it honest, Microgaming didn’t stop with creating the IGC. They would go on to be a founding member of the e-Commerce and Online Gaming Regulation and Assurance, seen today as the most important organization in the industry when it comes to ensuring fair play, best practices and safety and security in the industry’s online transactions.

However, the early days of the industry were not without controversy and Microgaming played a role there too. After being the key players in the formation of the IGC and eCOGRA to effectively regulate the industry, Microgaming seems to have gotten the idea that as online gaming’s first mover, they could come to dominate the industry through some slightly less than ethical means.

One early practice of the company was to require operators interested in licensing certification by the IGC and eCORGA to host their games on Microgaming’s servers. This offered the company a distinct advantage, in so far as they would have access to the operators’ data bases, including their most valued VIP players. As Microgaming was still an online casino operator and not just a games maker, it didn’t take long for accusations to arise that the company was sealing its own client’s players. Lawsuits followed but were quietly settled out of court for undisclosed sums and Microgaming no longer forces its clients to host their operations on Microgaming’s own servers. Eventually the storm blew over.

Powering ahead as a world leader

Despite some early controversy, Microgaming has continued to be a leader in the field of online casino games. To date the company has released over 1,200 different, state-of-the-art casino games and continues to drive its unique progressive jackpot idea forward by releasing cutting-edge multi feature slots games that include inventive story lines, in game features including slots' bonus rounds, free spins, prize multipliers, major and minor progressive jackpots and more. With a wide range of different themes to choose from, slots enthusiasts will never run out of options when scrolling through the Microgaming catalogue. And there’s clearly more to come.

Microgaming’s pooled jackpot feature is yet another of the company’s fantastic innovations, allowing multiple license holding operators to pool the jackpot on a single slot, dramatically increasing the jackpot amount. Pooled jackpots can have life changing consequences, with the Mega Moolah slot, one of the most popular pooled jackpot slots in the world today doling out well over $5 million on numerous occasions – making it to this day one of the most sought-after slots in online gambling.

The company has also taken other innovative steps to drive the market, including in 2005 releasing the first ever co-branded slot, Tomb Raider, based on the famous comic book and movie. By partnering with the character’s creators, Microgaming was able to employ brilliant graphics straight from the comic book and film as well as insert actual video clips from the movie into the special features section. The move sent shockwaves around the online gambling world and was soon being imitated by all of the industries major players in an attempt to pick up greater market share by capitalizing on viewers love of popular characters, celebrities and movie titles.

Only a few years later, Microgaming again released another industry first, putting out the first 100 payline slot. That same year they would reach another milestone, with one of their progressive jackpot slots hitting over $10 million in prize money, a previously unheard-of sum for a single slot machine.

Last but not least, Microgaming released yet another truly innovative first called My Slot. The 5-reel, 3 row, 9 adjustable payline slot was the first ever to allow players to upload their own video, sound and graphics into the real money online slot, in effect creating their own personalized online slot machine to play for fun or real money.

With its long and interesting past, today Microgaming remains a living legend in online slots world. Thanks to vision, insight and decades of unending innovation Microgaming and its ever-expanding product range, is known as the true leader in the world of online casino games.