MrSloty is a Latvia-based company. Since the time of its inception in the industry of casino game developers, the company has been producing a number of popular titles. The European software house is a renowned specialist of online slot machines, but they have developed a number of table games.

Since 2013, the company has produced many HD slot games for the next generation players. One of the best things about their slots is that they are fast and take little time to load. This allows players to enjoy a fast and flawless playing experience. Their games are glitch-free and come with great animations and attractive design. Read More 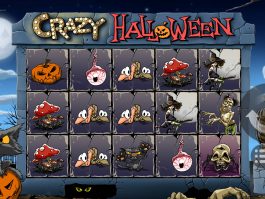 Founded in 2013, the Latvia-based company has won the hearts of millions of casino game lover across the world. They have managed to include more than 40 attractive titles in its library. Most of Eastern European casino game manufacturers have a tendency of producing exclusive casino games and MrSlotty has walked through the same way.

They have produced some HD online slot games that are very rich in details with high-quality design and HD sound. The company develops the games for some top-ranked online casino houses that allow only quality games for their platforms.

MrSlotty comes with a library of more than 40 exciting games and most of its games come with 5-reel and 25-payline setups. Every game developed by the company comprised of all popular features. However, the most noteworthy feature of MrSlotty’s games is that they have been developed on meme and meme faces.

Their She/He series has also earned huge popularity among the slot enthusiasts. The well-thought-out concept is based on the life of a black and white couple. In addition, if you are looking for some classic-themed online slot machines, the developer will not disappoint you. Their popular games like Unicorn Gems, Aztec Pyramid and Treasures of Egypt are there to enhance your excitement. The games from the house of MrSlotty are graphically impressive and they with bold colours and photorealistic details.

Players can enjoy these games on their desktop or selective mobile devices. Their games come with popular features and cool graphics.

MrSlotty is among the emerging players in the industry of casino games. The company has proven its worthiness by delivering a number of quality products. A number of top-ranked online casino sites are using their online slot games.