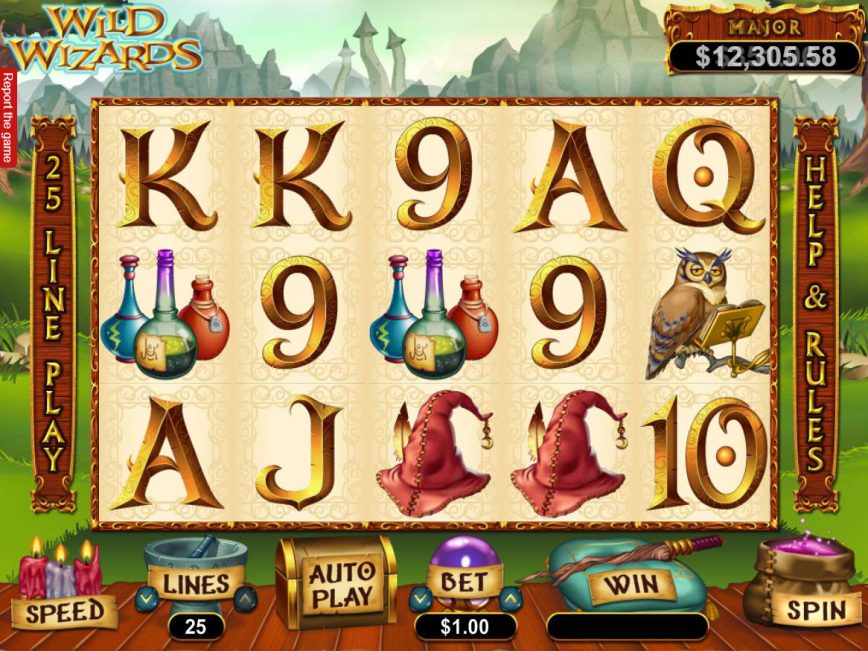 The new slot, Wild Wizards from the house of Real Time Gaming features exciting gameplay along with the perfect blend of entertainment, fun and rewards. Read More 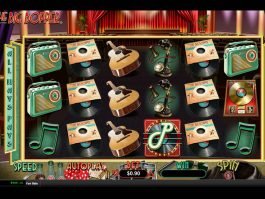 Wild Wizards slot comes with 5 reels and 25 different paylines. The minimum allocation of coins for per line is 1, it goes up to 10 coins, the minimum size of coins is 0.01, and the highest size is 0.1.  Players can win up to 10,000 with the highest bet during the game.

Wild Wizards features a medieval fantasy along with the appearance and sound designing. You will discover different symbols like wizards, owl, little dragon, some spells, cat and others.

Wizard works as the wild, and it only appears on reel 2, 3, 4 and 5. It replaces any symbol including the scattered Book of Spells. If you get the wild symbol, it covers every reel position while expanding before the payouts are made. In case of the scatter symbols, the wild counts once for a single reel.

The icon of Book of Spells works as the scatter symbol. You can increase your rewards by multiplying the scatter wins with your total bet.

If you get a book of spells on reel 1 along with a wizard on reel 5, you can avail wizard’s tower, sorcery, fireball or mad magic feature during the normal games. These features are played at the lines and bet of the triggering game.

Here you can avail 5 free games, during which 4, 3 and 2 of a kind rewards pay up to x5, x50 and x500. The highest number of symbols is paid on each line or for scatters during the Mad Magic Feature, and this feature can’t be retriggered.

You can avail the special Polymorph feature with a triggering Wizard that casts a spell to disclose 1, 2 or 3 bonus symbols. You can get 7 additional games during the same. In case you get any bonus symbol during the same, it replaces with a wizard prior to the payout.  You can retrigger the feature and avail 7 additional games to the Polymorph feature.

You can avail the special Sorcery feature, where 10 free games are offered. You can also get an additional wizard to your reel before every spin. This feature can be retriggered, and you can get 5 additional games, but the feature works once only.

You can also win progressive jackpots white playing wild wizards.  These jackpots are generated on a random basis, and jackpot wins are counted with your other wins.

Other features include different line wins are counted and win for scatter is permitted to add to line wins. You can multiply scatter wins with your total bet, and the maxi win is 50,000x per line bet. In case you are willing to acquire huge payouts in real cash, Play the slot.