Find a handsome selection of free WMS slot games, a selection expected to grow by leaps and bounds as the company continues to expand into the free online slots sphere. Most of the company’s early online slots releases are mostly 5 reels slots, elegantly simple, digitally remastered versions of the company’s early brick and mortar casino floor slots, with Stinkin’ Rich being perhaps the most famous one. The company has released many famous slots, taking advantage of popular TV and movie themes. Read More 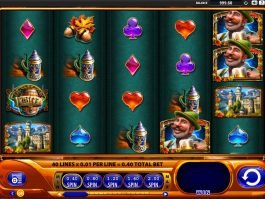 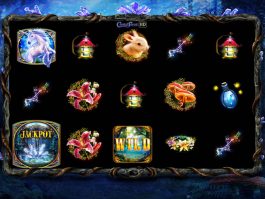 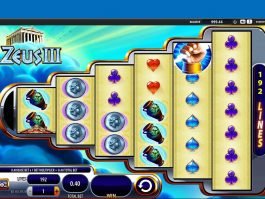 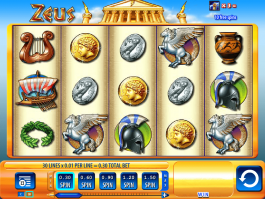 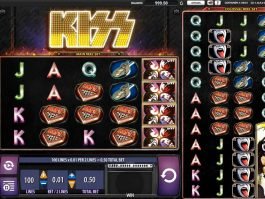 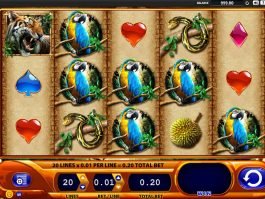 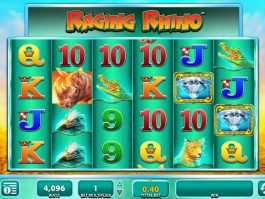 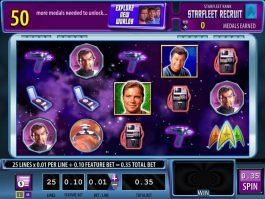 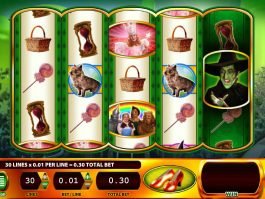 The Wizard of OZ Alice and the Mad Tea Party Originally known for its pinball machines and popular arcade games, WMS gaming, a subsidiary of WMS Industries, traces its roots back to the Williams Manufacturing Company, founded in 1943 in Enterprise, Nevada. As the Second World War came to a close and millions of Americans of all ages began to seek entertainment opportunities in bars, where pinball machines could be found, and video game arcades, for those not old enough to drink, WMS became a familiar name across the country.

As a relative newcomer to the slots gaming market, WMS Gaming launched its first reel-spinning video slot machines operations in 1994, just as the arcade game trend began to wane and as the company was looking to use its vast in-house knowledge base to tape emerging new markets. By 1996 it had launched its first hit slot, a multi-coin, multi bonus feature slot called Reel ‘em In. At the same time, WMS founded a subsidiary, Midway Games, to hold and manage its extensive video game library, so it could focus primarily on the rapidly growing slots games market, as additional states began to legalize casino gambling and Indian tribes opened casino after casino fueling the boom.

Following on the success of Reel ‘em In, WMS quickly launched a number of successful slots games, including Jackpot Party, Boom and Filthy Rich. The gaming division was eventually incorporated as WMS Gaming in 1999 and has since that time concentrated only on the sale, leasing, licensing, manufacture and management of game machines, with a primary focus of video slots.

In the early days, WMS’ popular video slots operated on the CPU-NXT platform, which the company unveiled in 2003. The idea was to use a faster, open architecture that tapped into the capacities Intel and other PC vendors were building into their hardware. As a result, their video slots ran on Linux, using a Pentium III processor and, in a stroke of genius, incorporated flash memory for the first time in video slots games.

Having become a solid competitor in the burgeoning global slots market and with its slots games appearing on casino floors across the US, WMS quickly tapped into popular culture themes launching a series of WMS slots games based on the Monopoly theme, a popular board game and a household name.

These “participation” slots as they were called, created a new business model, in which WMS would license or lease the game to casinos, instead of selling the games outright as had been the standard practice for decades. The “participation” idea allowed the company to seek out other strong popular culture brands with which to partner to convert these iconic names, such as Men in Black, Hollywood Squares, The Wizard of Oz, Star Trek, The Lord of the Rings and Ooh Ahh Dracula, into slots games on the casino floor.

The result was amazing, as WMS had found a new way to tap into younger players by creating themed slots games instantly relatable to a new, younger generation of casino goers. To further attract a whole new generation, WMS slot machines on the casino floor soon employed surround sound, playing familiar theme songs to the popular cultural icons the slot machines utilized, as well as flat panel displays and state-of-the-art animation to keep players engaged. At the end of the day, WMS had created a new industry trend, leading to the ever-expanding selection of popular culture slots games with ultra-modern sound and graphics seen on casino floors from Las Vegas, to Atlantic City and Macau today.

By 2010, the company finally made its first forays into the online market, offering WMS slots online in the UK to players over the age of 18. A year later the company launched WMS slot games online in the US and started to tap the social gaming market, launching a Facebook based cruise ship themed slot in which players could win “lucky charms” instead of money. A year after that the company launched its free WMS slots on mobile and turned to focus its efforts on the skyrocketing growth being seen in the online games market.

Some of the most popular free WMS slots available today on Slotu include the likes of:

Jackpot Jewels, a seven reel, 50 payline slot with a smooth, easy feel. Designed to imitate its early brick and mortar casino floor successes, this slot spins a wealth of colored jewels in blue, green, purple and white, with wilds and scatters in a unique spin on traditional slots. With free spins unlocked with the right combination of precious gemstones, a prize multiplier and Hi Roller option, this slots game has long been a favorite of slots fanatics who love to indulge in old-school slots with a polished modern multireel twist.

Crown Gems, is another slot combining a traditional, stylized feel with easy to access and understand modern features. This free WMS slot also employs a gemstone theme, using diamonds, rubies, emeralds, face cards and a crown symbol as the most valuable find. While the slot does not have either wilds or scatters, this 5-reel slot with 50 paylines has a Hi Roller feature that allows players to unlock 20, 30, 40 or 50 more paylines to exponentially multiply your winnings.
Star Trek – Red Alert is one of the early examples of WMS “participation” slots available free online. Tapping into the popular Star Trek theme, together with excellent, digitally mastered sound, this 5-reel 20 payline free WMS slot online brings the famous TV series and Star Trek movies to your home PC or mobile device with familiar symbols such as a phaser, a communicator, a Klingon ship, a tricorder, Star Trek rank insignias and of course, Scotty, Spock and Captain Kirk. With multiple bonus game features, such as Win Warp, Star Trek Medals and Red Alert Bonus, this free online slot offers up Star Trek fans the chance to boldly win where only a few have won before.

Egyptian Riches is another of the 5-reel 20 payline free WMS slots offerings bring a sheik, elegant Egypt-themed design to free online slots players the world over. One of the most popular WMS slots, game symbols include an Ankh, a vase, a scarab, Cartouche, a cat, a falcon, the Eye of Ra and Anubis. The game logo works as the wild and the Queen is a bonus symbol, unlocking free spins and ever greater chances to win.

Raging Rhino has a fun, innocent feel and takes players into the jungles of Africa with symbols that include a rhino, cheetah, mongoose, crocodile and baboon. Free spins are unlocked by the diamond feature, which acts as a scatter and the wild symbol is the sun setting behind a tree deep in the heart of Africa. With 6-reels and 4096 ways to win, including features that will unlock 8, 15, 20 or 50 free spins as well as 2x and 3x prize multipliers, you can play this WMS slot machine and start winning big in the wilds of Africa in no time.

All in all, as the WMS free online slots offer continues to expand, here at Slotu you can play WMS slots online for free to your heart's content and are sure to have a blast thanks to the company’s beautifully woven brand of traditional brick and mortar casino slots feel and refined graphics. WMS free online slots are designed to soothe players looking for fun and excitement in a slots machine that’s easy to understand and relate to, without being completely overwhelmed by the ostentatious bells and whistles that so many other free online slots makers present today.